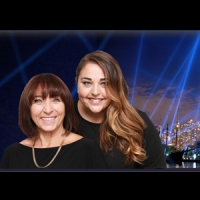 60 Reason Why We Love Toronto

What an amazing city we are blessed to call home! It’s easy to leave, just as easy to come back and if we don’t love it who will?

1. It is the Centre of the (Canadian) universe.

2. We can finally buy a decent burrito.

3. We can hang up our laundry without stirring up gossip.

4. We have independent bookstores in every neighbourhood – and new ones are still opening.

6. We have a Little Malta and a Little Italy

7. There are so many Chinatowns, we've lost count.

8. There's a festival for every neighbourhood and ethnic group in the city – and about a dozen crammed into every summer weekend.

9. A million people can crowd the streets during one of these festivals and nobody gets mugged.

10. Gays and lesbians can marry here.

11. The elegant footbridge at the mouth of the Humber that has inspired thousands of photographs.

12. The surreal spectacle of Church Street at World Pride

13. Violent crime is actually going down.

14. The downtown population is actually going up.

15. One of the city's best golf courses runs underneath its busiest highway.

16. We have a restaurants devoted to poutine.

17. Going down the giant escalator at the Scotia Bank Theatre

19. We dutifully separate our garbage into black, blue and green.

21. We've got more cyclists per capita than Vancouver.

22. The Rogers Centre when the roof is in the process of being opened or closed.

23. Basking in the sun at the Rogers Cup tennis tournament.

25. We are a hockey city, baseball city, basketball city and now a soccer and cricket city.

26. Eating your way across the globe at St. Lawrence Market on a Saturday.

27. Without us, where would they film movies set in American cities?

28. Honest Ed's shrine to kitsch even lets Toronto fill in for Vegas from time to time.

29. We never have to stop traffic for a Stanley Cup parade.

30. For 10 star-struck days in September, Toronto is justified calling itself Hollywood North.

32. We've now got a deli and bagels that make trips to Montreal almost unnecessary.

33. The smiles on everyone's aces during the first warm spell of the year.

34.  Nuit Blanche, for letting us see the city with fresh eyes.

36. A huge festival that treats authors like real celebrities.

37. Exploring the cottagey, car-free Ward Island neighbourhood and wondering why we don't all live there.

38. The united nations of Kensington Market.

39. The view of the city as you drive south on the DVP.

41. Extensive back-alley graffiti, some of which is better than the stuff hanging in galleries.

42. Beloved Massey Hall has welcomed too many big names to count.

43. Distillery delicacies: Mayan hot chocolate at Soma  organic beer at Mill Street Brewery, exotic cheese from A Taste of Quebec and a meat pie from Brick Street Bakery, enjoyed in the city's most cinematic setting.

45. Eating brunch three times a day, every day, in Leslieville.

46. The smell of baked goods at Bathurst and Eglinton subway stations.

48. Sipping from a green coconut and wishing Toronto had palm trees during Caribana.

49. Reading a book on the bizarre slab of granite on Yorkville Ave.

50. The "secret" patios hiding at the back of dozens of restaurants.

51. Determining your favourite pa'an-wallah– by sampling them all – Little India on Gerrard Street.

52. The myriad and lovely stained glass windows on Annex-area homes.

53. Doors Open proves that yes, we do give a damn about architecture.

54. Off-leash areas of parks, where dog owners sit on picnic tables and mingle while their furry charges roam free.

55. Trying not to puke while riding the Zipper at the Canadian National Exibition

57. The best movies you missed the first time around seeing them for a better price – at Fox Theatre

60. Winterlicious and Summerlicous when we can afford to dine amongst the expense-account set.

I know this was one long list - but we could have added so much more! We Love Toronto! Did we miss something let us know - simply Click Here and tell us what you love about Toronto!

Are you or someone you know Buying, Selling, Downsizing or Investing in the Greater Toronto Area? We are happy to assist with all your Toronto Real Estate needs.